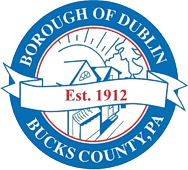 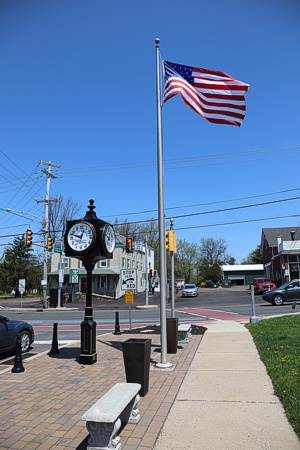 Local government in the Commonwealth of Pennsylvania is divided into a number of classifications, i.e. cities, townships and boroughs. Dublin Borough is governed be a seven-member council elected at-large by the electorate. Most, if not all, of the executive and legislative powers vested in the Borough are granted in the Borough Code.

The Mayor shall have power to administer oaths and affirmations in matters pertaining to Borough affairs. The Borough Council is empowered to appoint professionals to assist them in the operation of the Borough and to furnish advice on legal and technical matters. Additionally, the Council appoints members to the various advisory boards and commissions, as well as Zoning Hearing Board.

The levying of Borough taxes and the appropriation to the various departments and subsidiary boards and commissions is the responsibility of Borough Council. During the months of November and December, public meetings are held for the purpose of reviewing the budget for the following year. Residents are encouraged to attend those meetings and to review the proposed Borough budget during that time.